The WWE Women’s Division Tag Team Championships will finally have new title holders after sitting vacant for over three months. It was on the May 16 episode of Monday Night Raw that Sasha Banks and Naomi left company executives stating their frustrations and since then WWE has struggled to crown new champions.

Under the supervision of Triple H as head of the creative team, the WWE Women’s Tag Team Championship tournament has finally been underway for the past month and it will reach a destination on this next episode of Raw. Dakota Kai and IYO SKY will face Raquel Rodriguez and Aliyah in the final match of the tournament to determine the new champions.

During this week’s episode of Smackdown, a Fatal-4-Way Second Chance tag team match featuring all of the teams that fell short in their respective scheduled first round matches. Natalya and Sonya Deville defeated WWE 24/7 Champion Dana Brooke and Tamina, Nikki ASH and Doudrop, and Shotzi and Xia Li to win this Fatal-4-Way and advance to the semifinals of the Women’s Tag Team Tournament.

Clash At The Castle 2022: Will WWE Change The PLE Main Event?

After this game, WWE confirmed that Raquel Rodriguez and Aliyah will face IYO SKY and Dakota Kai in the Women’s Tag Team Tournament Finals on the August 29 episode of Raw. The winners will be called the company’s newest tag champions. 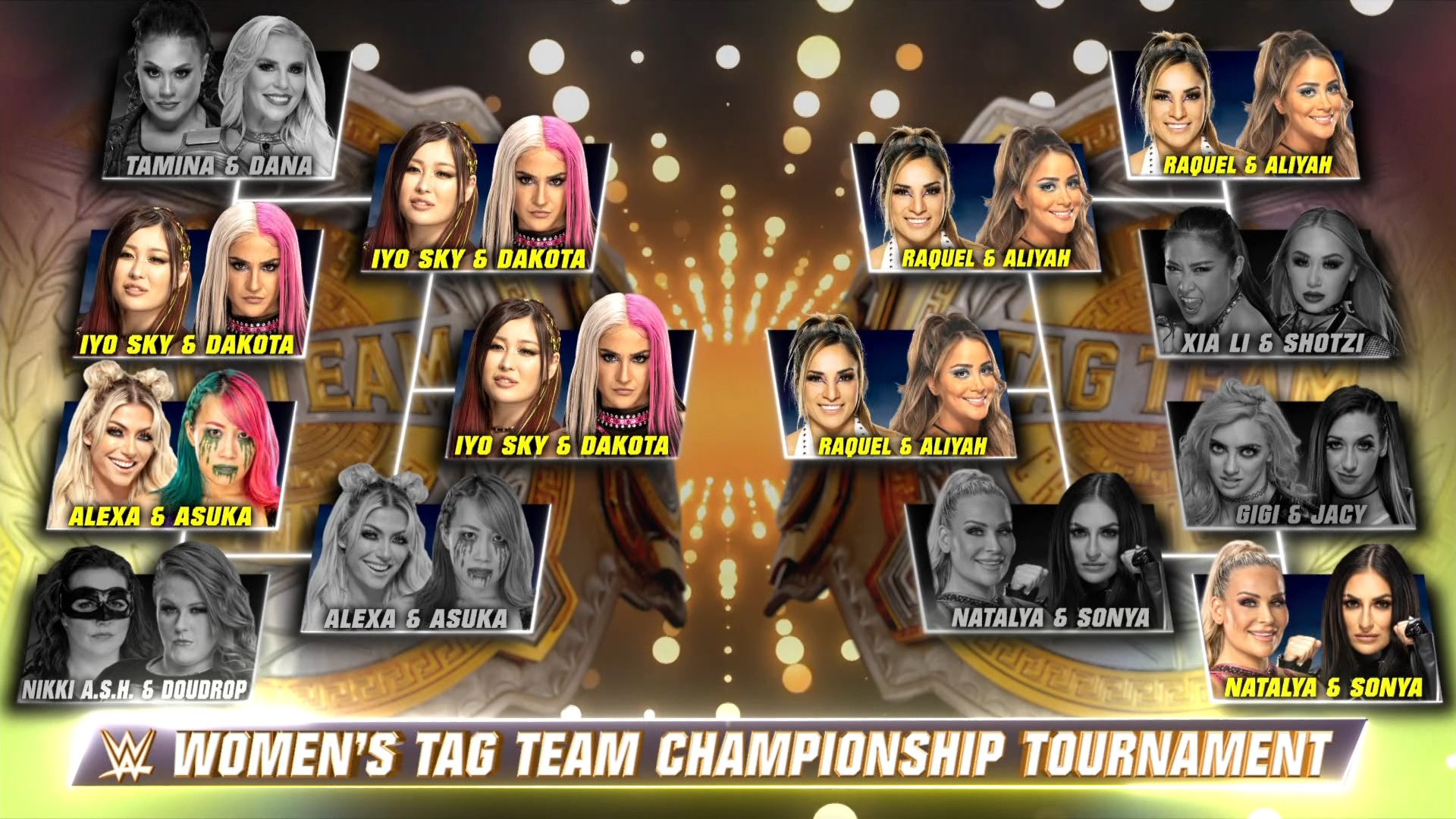 IYO and Dakota’s team are the favorites to win this match as veteran Bayley will be on their side during the match to use her average streak. Also, their opponents, Raquel and Aliyah are makeshift teams that were only paired up for this tournament. It’s highly unlikely that WWE intends to run them as a tag team after the Women’s Tag Team Championship tournament.

The team of Bayley, IYO and Dakota are also set to face Bianca, Alexa Bliss and Asuka in a non-title six-woman tag team match at the WWE Clash at the Castle live event in Cardiff, Wales, scheduled for September 3. .