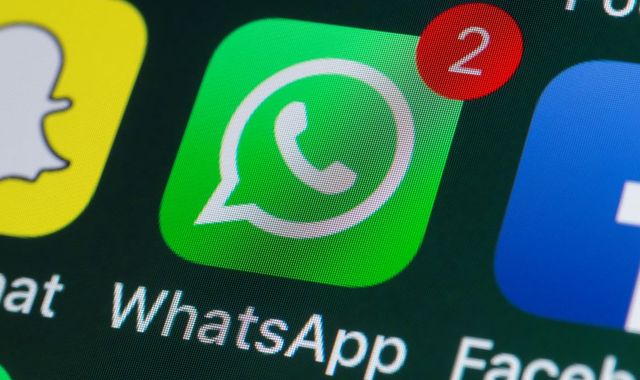 WhatsApp went down for users across the UK this morning, with tens of thousands of people saying they couldn’t send or receive messages.

Downdetector, which tracks outages, said more than 69,100 problem reports had been submitted as of 8:28 a.m., with the issues first detected just before 8 a.m.

However, the number of users who experienced problems could be much higher due to the way the website collects data.

“We know people had trouble messaging on WhatsApp today. We’ve fixed the issue and apologize for any inconvenience,” a spokesperson for the platform’s parent company, Meta, said.

WhatsApp users around the world have taken to social media platforms, such as Twitter, to complain that the app is not working.

The #whatsappdown hashtag was trending on Twitter, with over 70,000 tweets and hundreds of memes flooding the internet.

Downdetector also found that over 11,000 users in India and 19,000 in Singapore reported experiencing issues.

Users found that although they could open the app and access their conversations, it failed to successfully deliver new messages or send messages.

A persistent message appeared for many users at the top of the app stating that it is “connecting” to the server, but failed to do so.

Some of the most worried users were probably Tory MPs, with the platform widely used by backbench MPs, ministers and aides to discuss public messaging.

Read more:
iPhones and iPads are getting big updates – including a long-awaited addition
What caused a huge spike in Spotify outages?
Do we need or want the metaverse?

A a cabinet reshuffle will take place today, so many MPs hoping to land a ministerial post were likely bereft of a vital means of sounding out advisers about their chances of being appointed during the period when the service was down.

The application has already been identified as a tool of choice for MPs plotting against their leader, and Boris Johnson is said to have often received summaries of key government information through the platform while he was prime minister.

WhatsApp is one of the most popular messaging platforms in the UK and globally, and is estimated to have over two billion active users worldwide.