The FIDE World Senior Team Championship in Acqui Terme, Italy is halfway through. The event brought together 43 teams from 24 federations competing in the 50+ and 65+ categories (9-round Swiss tournaments).

It has been a tight race in the 50+ section so far as, after five rounds, two tournament leaderboard favourites, England 1 and USA, are tied for first position winning four games apiece and drawing Round 4 (Michael Adams beat Gregory Kaidanov but Igor Novikov beat Mark Hebden).

Italy (pictured below) and Iceland also had four team wins each, but lost to leaders (USA and England respectively), trailing them by just one point. 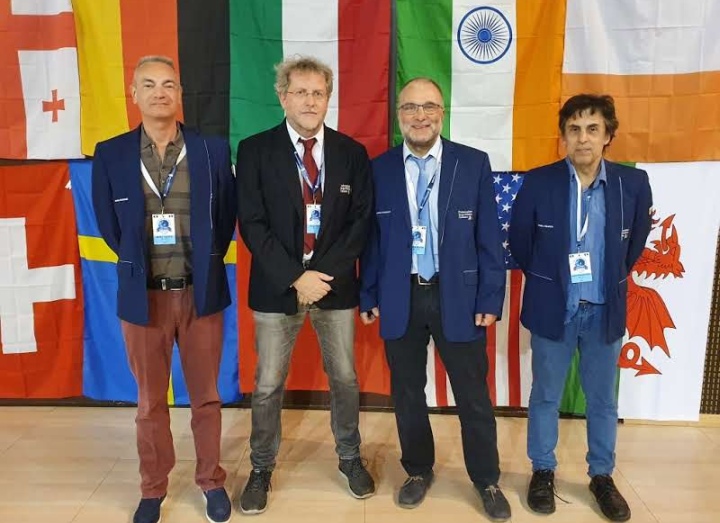 With England and USA looking unstoppable now, the winner of this category will likely be determined by game points. England, led by Michael Adams and Nigel Short, are slightly ahead by two points, but to fill that away doesn’t seem like an impossible task for Team USA.

England are also leading the pack in the 65+ tournament, with a score of 9/10. Germany lost to the leaders in round 4 but won four more matches and sit in second place. Hungary, Israel 2 and France are one point behind, sharing third position. Surprisingly enough, the favorite in the ranking, Israel 1 is only seventh, having already lost two matches. 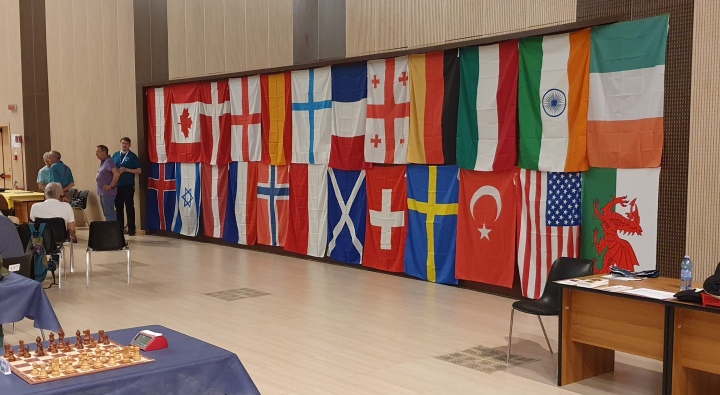 With four rounds to go it is still wide open, although England also have a good chance of winning gold in the 65+ category.