Come on July 21, 2018 and the five visually impaired Indians – Kishan Gangolli, Soundarya Pradhan, Aryan Joshi, Ashwin Makwana and Subhendu Patra – will grill it on the sixty-four square checkerboard in Sofia, Bulgaria for the World Championship of team chess for the blind.

These five were selected based on their results at the National Blind Premier held earlier this year. They will be joined by coach IM Sagar Shah, also co-founder and CEO of chess media company Chessbase India, and the president of the International Braille Chess Association (IBCA) and the All India Chess Federation for the Blind (AICFB), Mr. Charudatta Jadhav. .

World Teams are the top teams selected based on their performance in last year’s Olympiad. India finished seventh in the competition last time out and thus earned a spot for this championship. Kishan Gangolli will be the team’s best player, being India’s highest rated visually impaired player currently. He had also won a bronze medal at the 2017 Olympiad and is the defending National A champion for the visually impaired.

The other team members have also had outstanding performances in the past. Aryan Joshi is the youngest player on the team and also holds the distinction of being a national para-swimmer, having won medals at national and national levels. He will also represent the country at the World Junior Chess Championship for the Blind in August this year. Soundarya Pradhan is the only 100% visually impaired player on the team and has been a strong player for quite some time now with an ELO rating of over 1800.

For the match in Sofia, the team worked extremely hard. Special efforts were made by coach IM Shah. He held regular sessions via Skype with the players and made sure to get them well trained by arranging a week-long in-person camp in Mumbai before they left for the Championship. Players also had the chance to compete in many open grandmaster championships before the world teams, including Kolkata Open in May and Bhubaneswar Open in June. Some even played in the Mumbai Mayors Cup in June.

The most memorable event for the team, however, was getting the chance to interact with former World Champion Vishy Anand. Meeting Anand provided them with essential advice on how to handle tournament pressure, play with confidence and much more.

With the kind of effort that has been put into the preparation for this tournament, one can only see chess for the visually impaired growing in India, a country that is becoming the powerhouse of modern chess. All eyes are now on these young men who are about to conquer the world by storm.

Read also
The article continues below 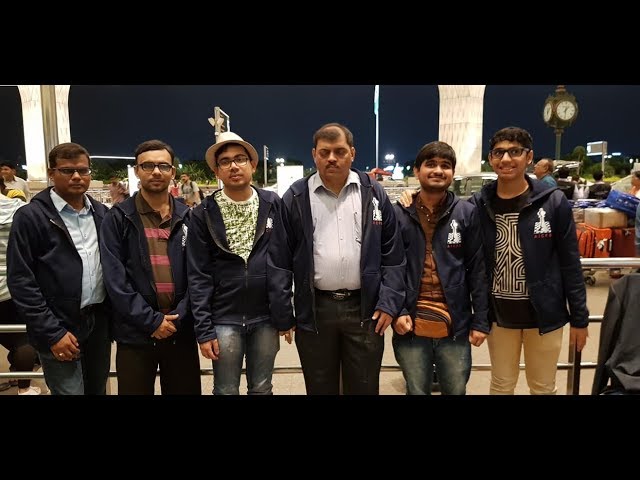