The 23rd edition of the European Team Championships will take place from 12 to 21 November in Toplice Hotel in the Terme Čatež spa complex, located near the town of Brežice, in eastern Slovenia, in the lower Sava valley.

An open championship and a women’s championship will be contested simultaneously, each event being a Swiss 9-round tournament. The time control will be 90 minutes for 40 moves plus 30 minutes for the remainder of the game, with 30 second increments for each move from the first move. 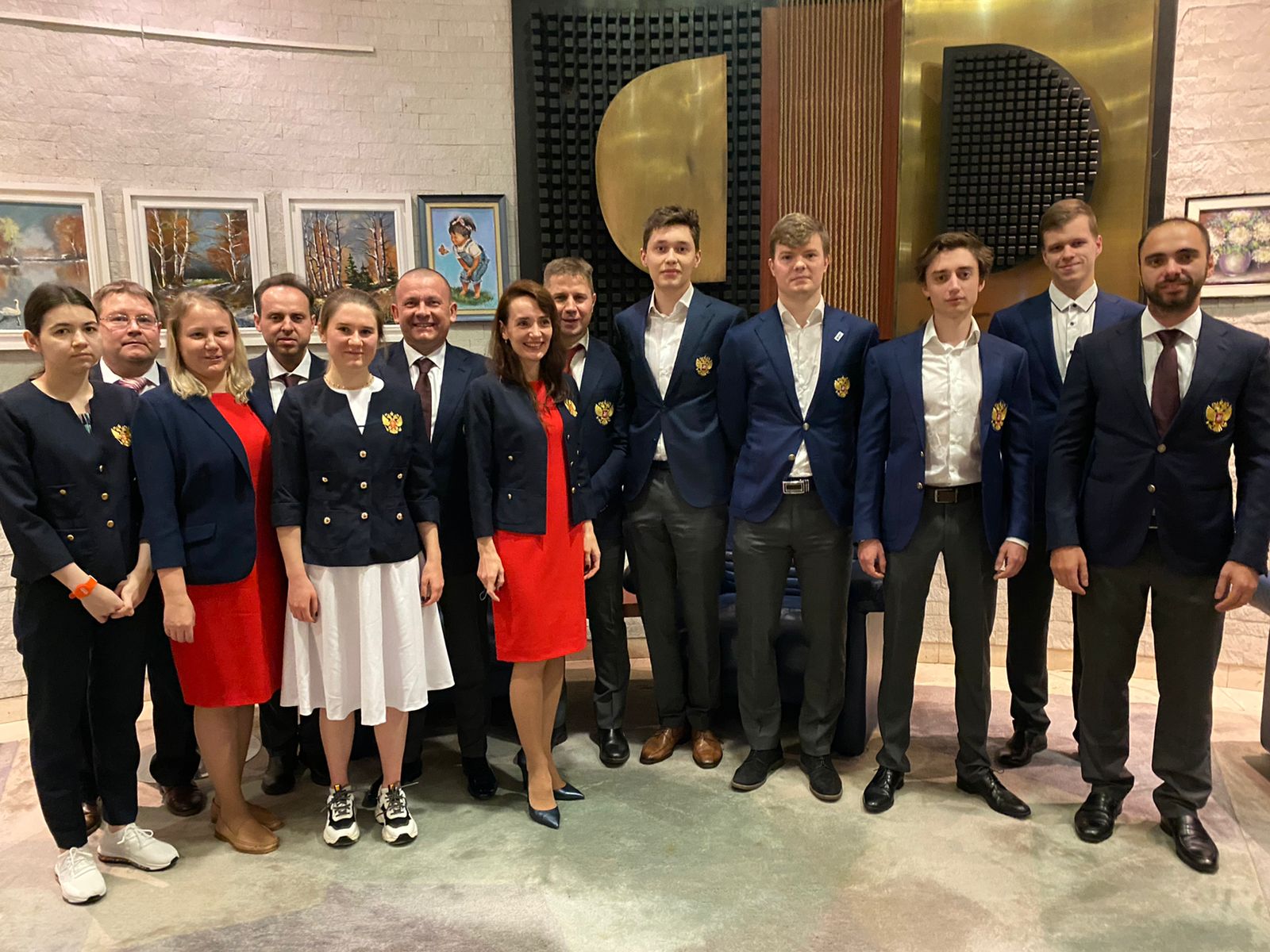 Ready for the event – the Russian Federation in Slovenia | Photo: Artem Pugachev

A total of 13 players rated 2,700 or higher will participate in the tournament, with as many as 66 players breaking the 2,600 rating barrier in the open section. Still, only the reigning champions of Russia can boast of having all 2700+ ranked players in their roster.

The 5 best teams according to the average of the scores:

In the Russian team, Daniil Dubov and Kirill Alekseenko were part of the team that won gold in Batumi two years ago. At the time, Ukraine were in second place – this time they are seeded seventh, with the absences of Pavel Eljanov and Vasyl Ivanchuk. England finished third in Batumi, when they featured the same players in the first four draws as in this edition.

A big attraction for chess fans will be seeing how the France team fares with Alireza Firouzja at the top. France has never obtained a gold medal in this championship. Likewise, Poland will seek a first medal (of whatever nature) in a European team championship – while France will have the Swiss Grand winner in mind, the Poles will be able to play with the last winner of the World Cup as a leader.

On the women’s side, Russia will also arrive in Slovenia as the defending champion and seed of the standings. They will be nearly 100 points ahead on average over Georgia, as they will send a star formation, with only Alexandra Kosteniuk missing.

The 5 best teams according to the average of the scores:

The Accelerated Dragon – a sharp weapon against 1.e4

Russia is clearly the favorite among women, both in terms of audience and all-time highs in this competition. They won gold in six of the previous seven editions – they got silver in 2013, behind Ukraine. Four of the five players from the team that won the championship in 2019 will play, with Polina Shuvalova replacing Olga Girya this year.

Georgia will also field four of the five players of the silver medalist team in the previous edition, with Sofia Gvetadze replacing Bela Khotenashvili.

How to play Sicilian defense!

The continuous flow of new ideas in Sicilian makes 1..c5 the most popular answer to 1.e4. On this DVD I give an introduction to the most important Sicilian systems.