The England team wins a gold double at the FIDE World Senior Tag Team Championship, winning titles in the 50+ and 65+ categories. The event brought together 43 teams from 24 federations, competing in 9-round Swiss tournaments and took place in Acqui Terme, Italy, from June 20-29.

After five rounds, two tournament standings favourites, England 1 and USA, were tied for first position winning four games apiece and drawing in round 4. Italy and Iceland were close behind, claiming four team wins but losing to the leaders (the United States and England, respectively).

England 1, led by Michael Adams and Nigel Short, won all four matches in the second half of the event and claimed the title. To illustrate England’s dominance, suffice it to say that Adams, Short, Hebden and Arkell each won the gold medal for best performance on individual boards.

The USA stayed in the gold chase for the most part (the team had to close a 2 game point gap), but it all came to an end in round 8 after a draw against Hungary . Still, the United States comfortably got the money. 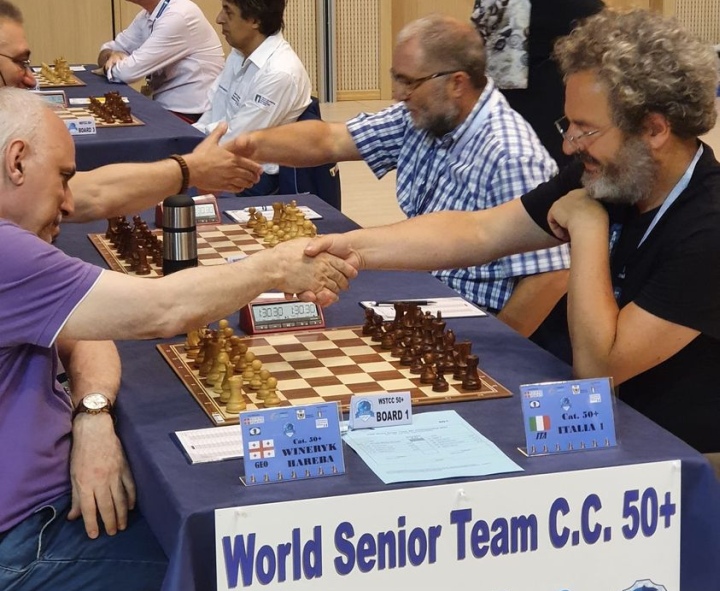 The Italy 1 team lost to England 1 in the sixth set, but then won three in a row and placed third.

England 1, led by John Nunn, prevailed in the 65+ tournament and took the title with one set to spare. Their main rival, Germany, could not keep pace with the leader and finished second. 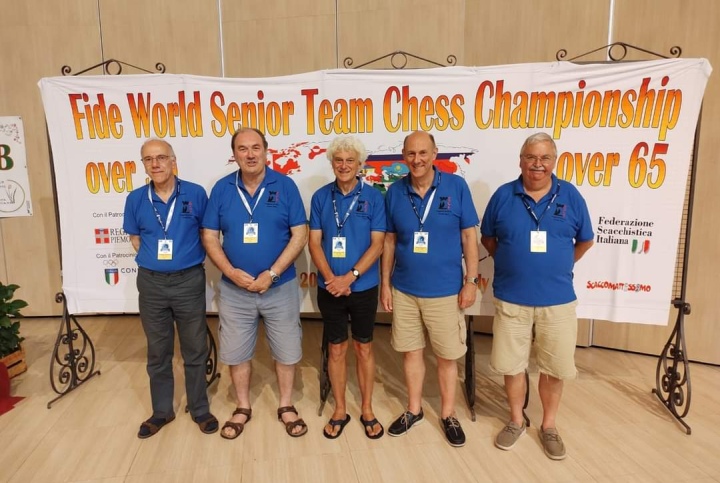 After a poor start, seeding favorite Israel 1 bounced back and snatched bronze from Germany 2 and France after beating the champions in the final round.