The Valencian teams reach the podium

Spain, one of the European countries with the strongest chess culture, especially in terms of the organization of high-level tournaments, organizes one of the most attractive team competitions in the Old Continent, the “Division of Honor ”. The annual event is an 8-team single round-robin tournament. The tournament attracts strong teams, which are notably tied. This year, for example, the top team had an Elo average rating of 2,602, while the seventh seed had an average of 2,521.

And Action! – How to top the positional game with tactics

There are few names that, like Alexei Shirov’s, can be associated with fantastically imaginative and tactically influenced play. Now the Latvian Grandmaster presents a DVD on precisely this element of the game of chess. And one that is completely based on its own games.

Bosch Serinsys, from the Valencian town of Silla, arrived in Toledo as the seed and defending champion, with Anton Korobov and Alexei Shirov on the first two tables. The favorites in the table finished in second place, having lost their second round match against future champions DuoBeniaján and drawing Magic Extremadura in round 4.

Last year’s silver medalists Andreu Paterna, also from Valencia, secured third place, as they lost to DuoBeniaján and Bosch Serinsys. The team led by Paco Vallejo had won the fast team championship which took place before the classic event.

After convincingly beating Bosch Serinsys in the second round, DuoBeniaján became the favorite to win the title. But there are no easy matches in the tournament – the second seed from Murcia lost their round 5 match to Jaime Casas, a team representing the city of Monzón led by the Ukrainian duo of Yuriy Kryvoruchko and Yuriy Kuzubov. .

Before the last lap, DuoBeniaján was 1 point ahead of Bosch Serinsys and Andreu Paterna. In the decisive clash between the future winners and Andreu Paterna, a victory for José ‘Pepe’ Cuenca in Table 5 was the only decisive game of the match, giving the Murcia side the overall victory. 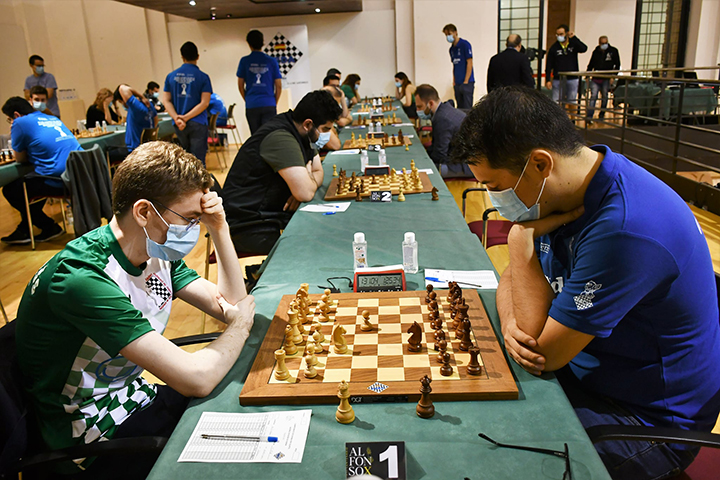 Pepe Cuenca was interviewed by the Spanish Chess Federation, and he stressed the importance of the work done by Emilio Sánchez and Sonia Gil, the captains and promoters of the team: “I am very happy for them because they work very hard – they have made great efforts for a long time, and this year they have done it. I am very happy to have contributed to the triumph “.

The Granada player underlined the union within the club and the camaraderie of the players: “There was a very good atmosphere in the team – we worked as a team and it is very important in these tournaments. I have met people like Parham (Maghsoodloo), Mchedlishvili and Nino (Batsiashvili) who are a lot of fun. The good atmosphere was somehow transferred to the board of directors and this resulted in a victory in the general classification ”.

Pavel Eljanov explains in depth what Gyula Breyer already saw in 1911 and what became an opening choice of Kasparov, Kramnik, Anand or Carlsen. The Breyer variant, characterized by the withdrawal of the knight in b8. 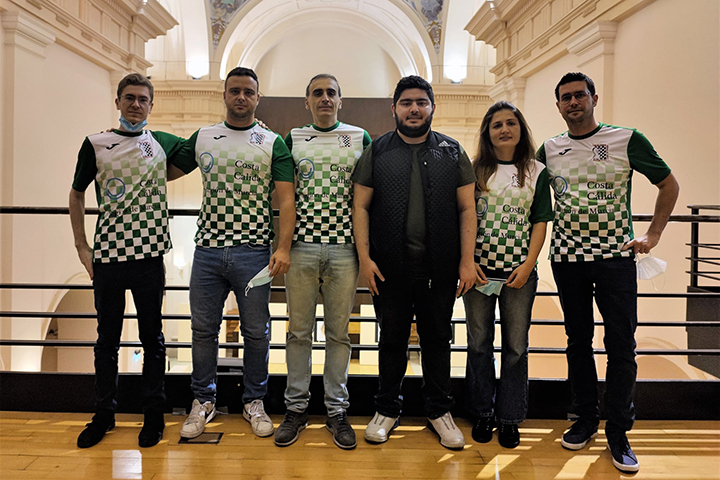 In the key round 2 encounter between DuoBeniaján and Bosch Serinsys, the match (and tournament) winners claimed victories on boards 2, 4 and 5. Parham Maghsoodloo got the better of Alexei Shirov with the black pieces in the second chessboard.

Black goes on the attack and burns some bridges while doing so.

La Ruy Lopez is one of the oldest openings which continues to enjoy great popularity from the club level to the absolute world top. In this video series, US super GM Fabiano Caruana, speaking to IM Oliver Reeh, presents a full repertoire for White.

White is lost but keeps trying.

All matches and results on info64.org